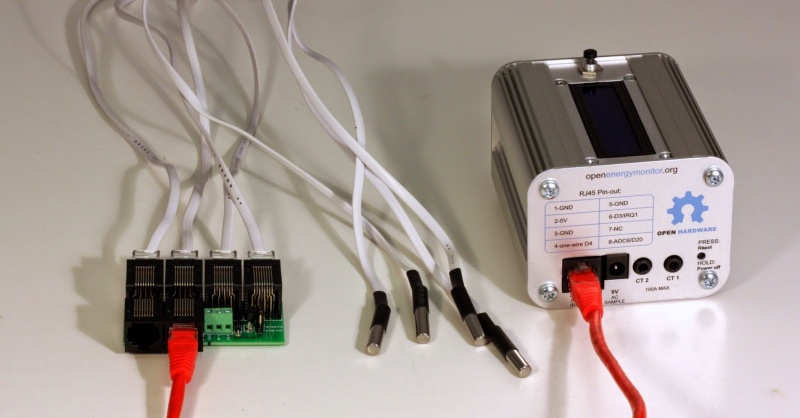 The RJ45 implements a standard pinout used by other manufacturers of DS18B20 temperate sensing hardware such as Sheepwalk Electronics.

Note: The RJ45 socket does not support power supply switching via Dig19 (ADC5) as described above.