The Emoncms Data Viewer features a histogram tool for determining the time spent at different values or energy used at different power levels.

The following is an example of using this feature for determining the amount of time a heat pump spends on standby and the power level at which most of its energy demand is consumed.

Here we select the heat pump power feed and data range to view. For higher resolution decrease the interval to a point where the number of datapoints is near 8928 datapoints. 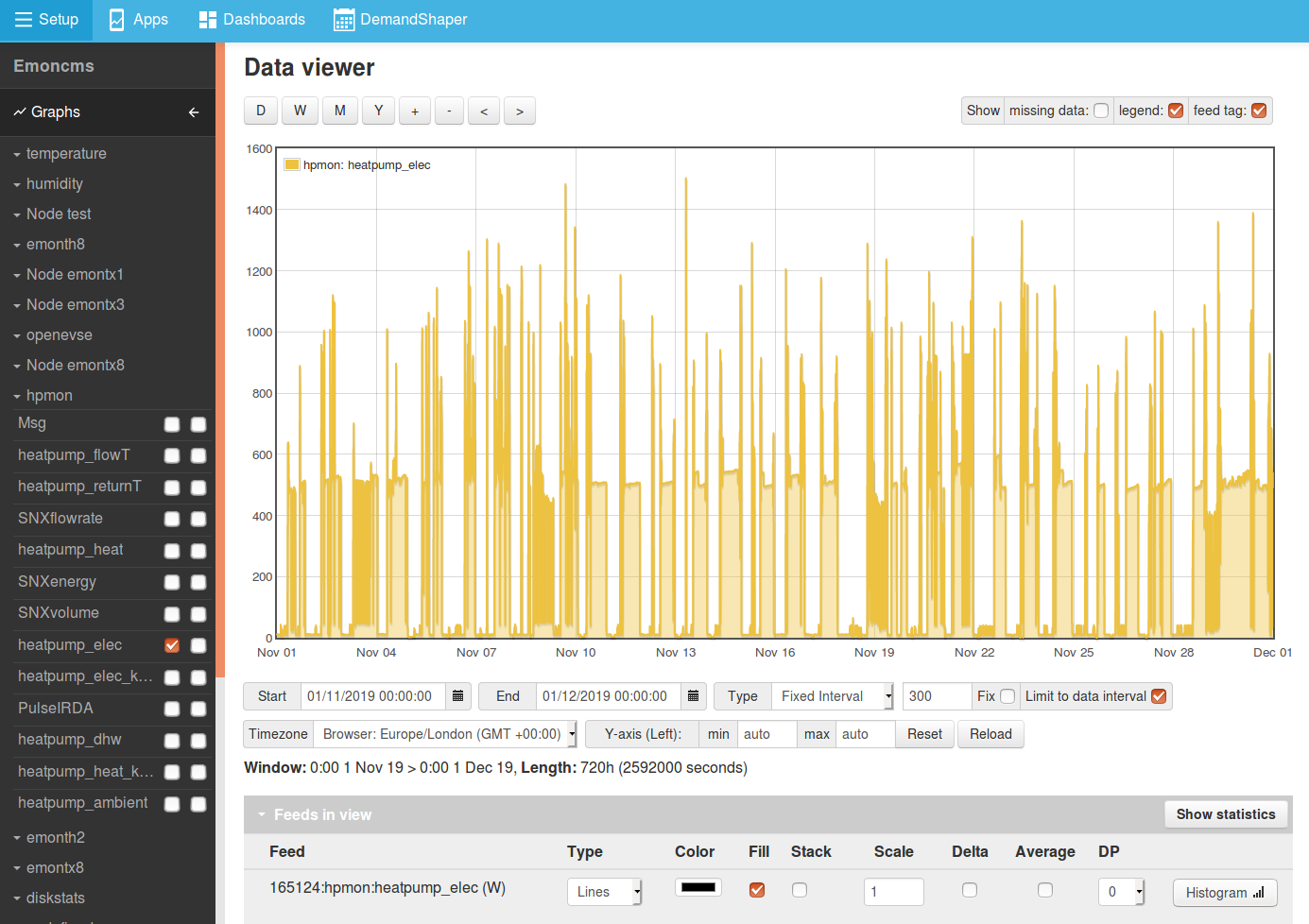 The first histogram mode shows the amount of time spent at a given range. 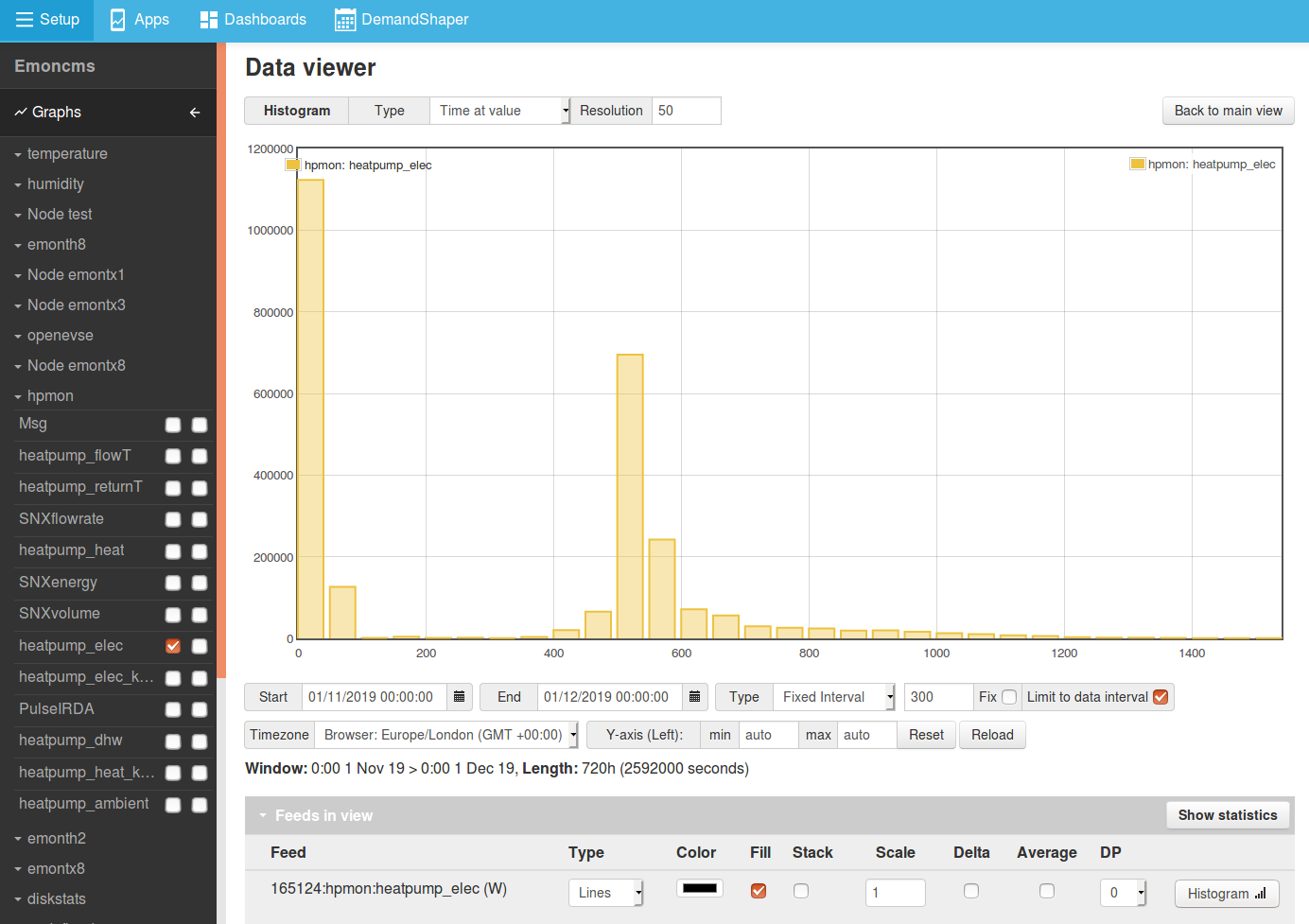 The kWh at power mode is useful for determining the power level where most power was used or generated, In this example we can see that most of the energy used by the heat pump was consumed in the 500-549 Watt segment (97 kWh). 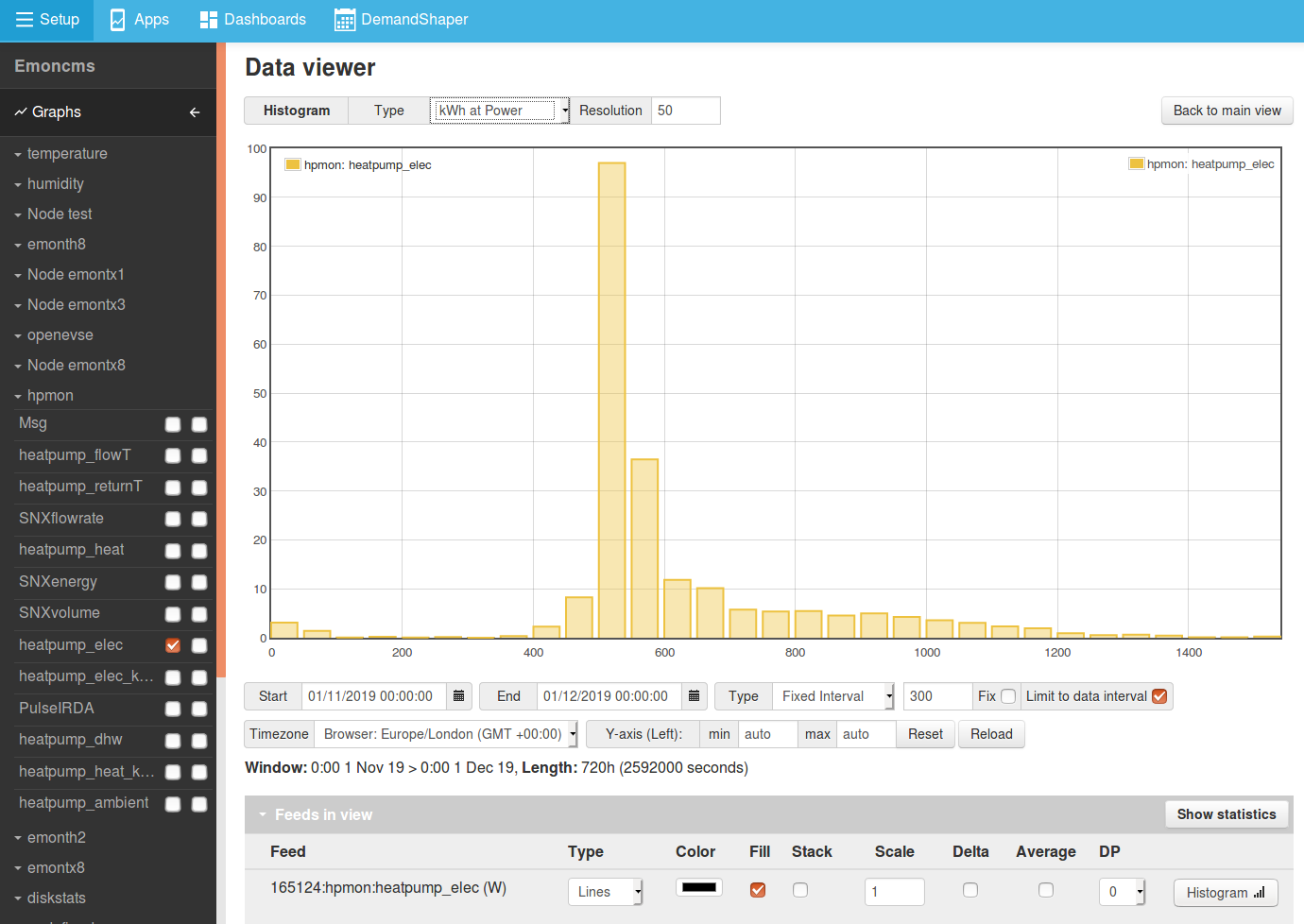