While emoncms is designed around ‘input processing’ the processing of data (e.g calibration, summing inputs, calculating kWh data) before it is recorded to a feed. Sometimes it is useful to be able to manipulate feed data after it has been recorded, removing the reliance on setting everything up right in the first time.

This guide gives an overview of how to use the Emoncms post processing module to do this. Including examples of commonly used post processors. The post process module is installed by default and available under the Setup menu on the emonSD software stack running on the emonPi and emonBase.

Example 1: Creating a cumulative kWh feed from a power feed

Cumulative kWh feeds are useful for calculating kWh consumption per half hour/hourday/month & year. They are used by many of the emoncms apps. See the guide here on Creating Daily kWh.

Typically a cumulative kWh feed is created from a power input using input processing. The power_to_kwh input processor is used. But lets say we forgot to create this feed at original setup - or that as is still sometimes an issue the cumulative kWh value resets as a result of a power failure to the Pi. We can use the post process module to create or re-build the feed.

The page should now look similar to this screenshot: 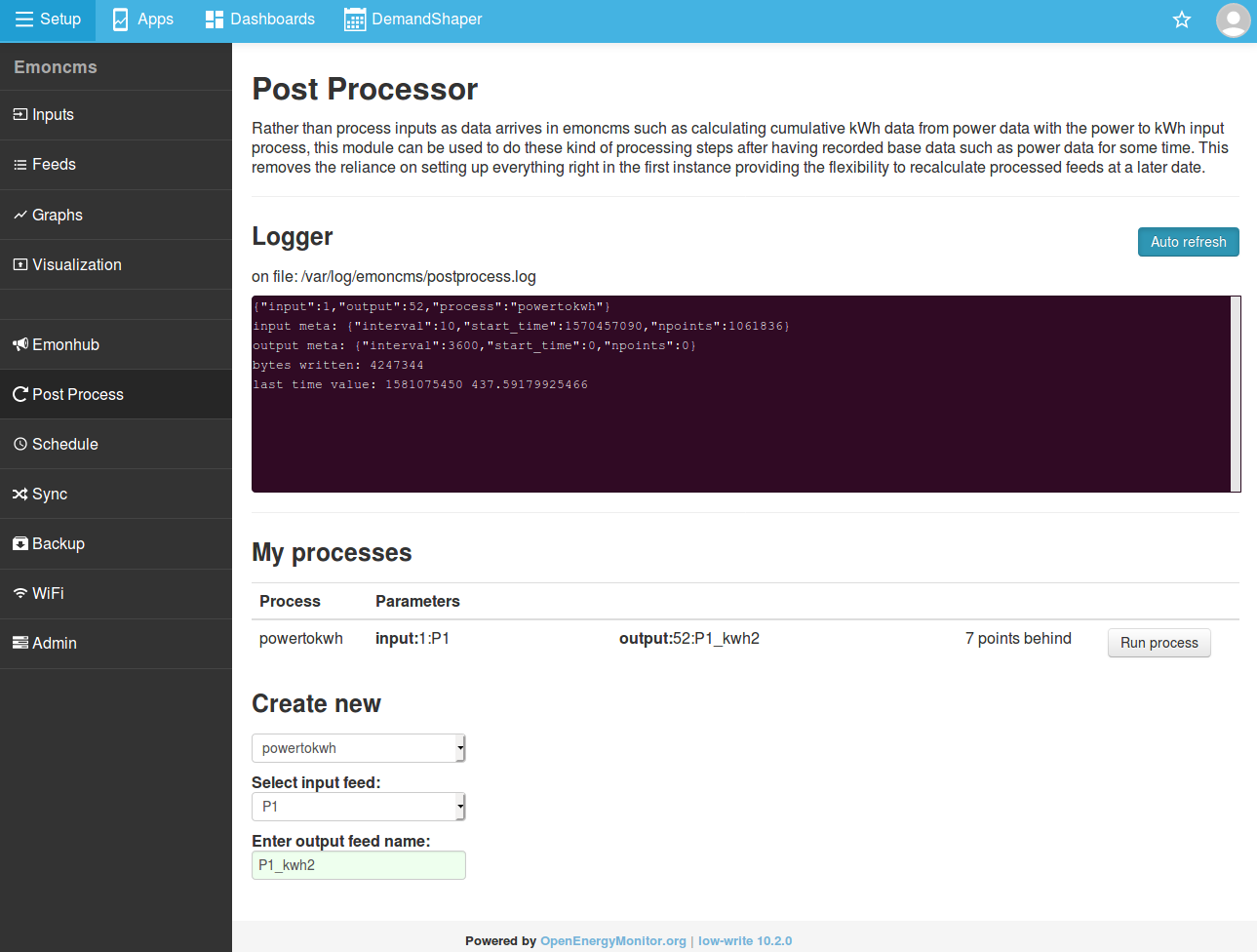 After a breif time the new process will be listed under ‘My processes’. Above this there is a Logger window to show progress in processing the feed. Click on ‘Auto Refresh’ to see progress.

Depending on the size of the source feed the processing time could be short (couple of seconds) to quite long (several minutes).

As a second step we can create a cumulative kWh feed from this newly created import feed using example 1 above. The newly created import and import_kwh feed can now be used by the MySolar app to show proportion of self consumption and quantity of imported electricity from the grid.

The basic_formula processor is a versatile post processor that can be used to add, subtract, multiply and divide feeds with each other as well as applying multiplication factors and offsets.

Here the feed id is the number appended to the ‘f’ identifier. f1 = feed id 1.